The Life of the Virgin

The complete homogeneous series. Throughout extraordinary fine uniform impressions.
With the custodies. The title with the five-line heading and the 10 verse-lines below the image. The final sheet with the imprint and the two lined imprint, but without the eleven-lined warning of copying.

According to Meder, printed on strong paper with the watermark ‚crowned tower‘ and ‚flower on a triangle‘ which Dürer had used simultaneously for the book edition of 1511. 10 sheets with one of the two watermark and 10 without as especially mentioned  by Meder. This is, among the similar margins,  a clear indication for the original unity of the set, which is not compiled later.

Outstandingly rare in such originality, fine quality and freshness.

Basis for the conception of Dürer’s The Life of the Virgin surely was the popularity of Marian devotion in Middle Age.

There is no hint, that the artist had a clearly outlined image about the scope of the set, or if he initially intended to publish the sheets  altogether.
Shortly after 1500, probably in 1502, he began to work on the set, including 20 woodcuts, whereas the order and dating of each sheet does not correspond. According to Panofsky, the 17 depictions were completed, as Dürer started his second trip to Italy (1505-1507). Dürer brought proof impressions along with him to Venice, whereby they were accessible to Marc Antonio Raimondi, at the time resident in Bologna, who copied the 17 sheets as engravings.
In 1510 Dürer created the two remaining depictions and title sheet.

Dürer’s friend and monk of the Nuremberg monastery St. Ägidien Benedictus Chelidonius indited the attendant texts. They were each printed on the backside of the sheets, to eludicate the images on the right hand side. The text requires knowledge of the Virgin Mary and addresses humanistically educated audiences.

The Life of the Virgin 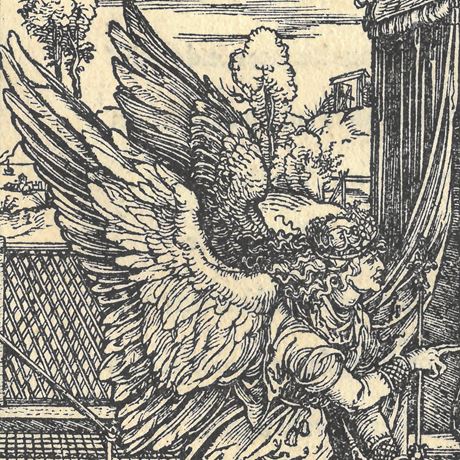 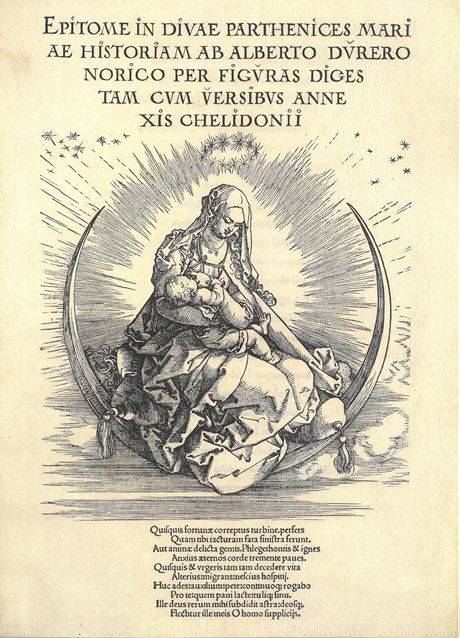 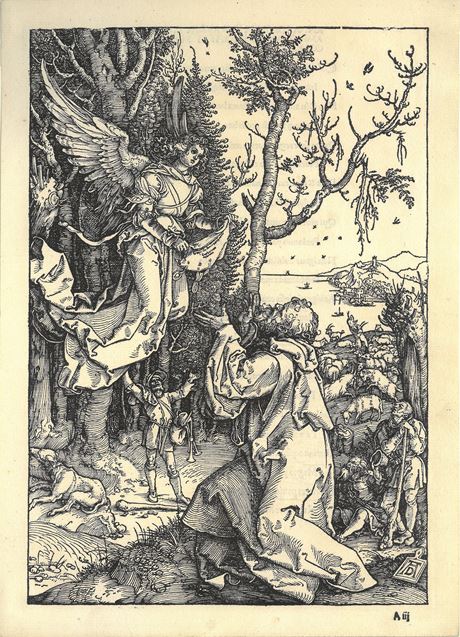 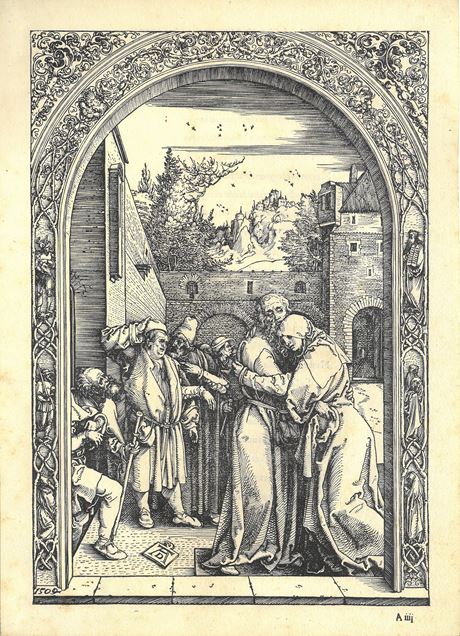 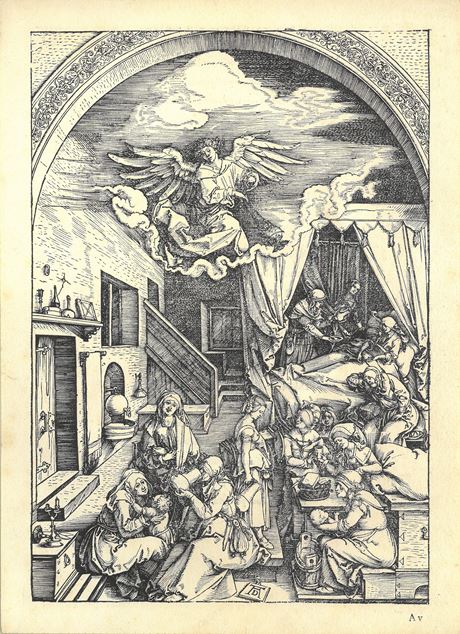 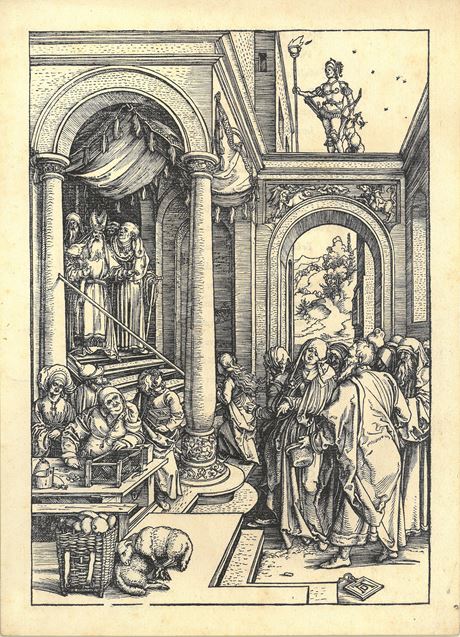 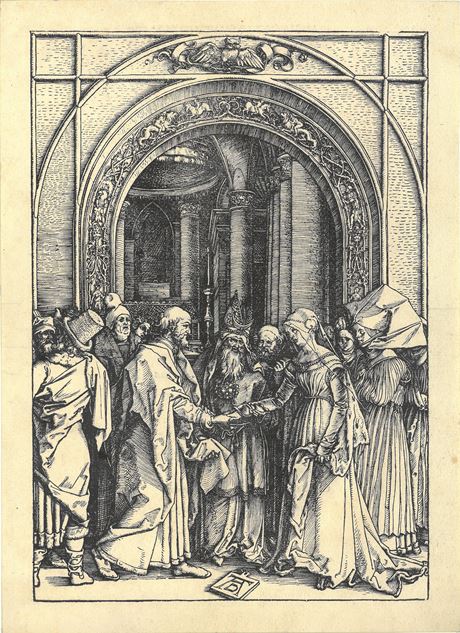 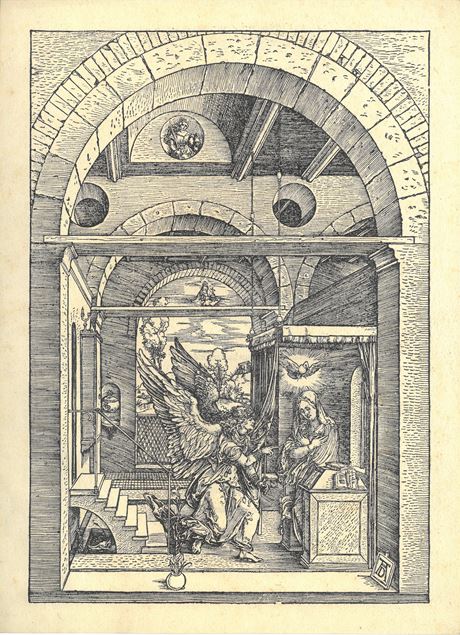 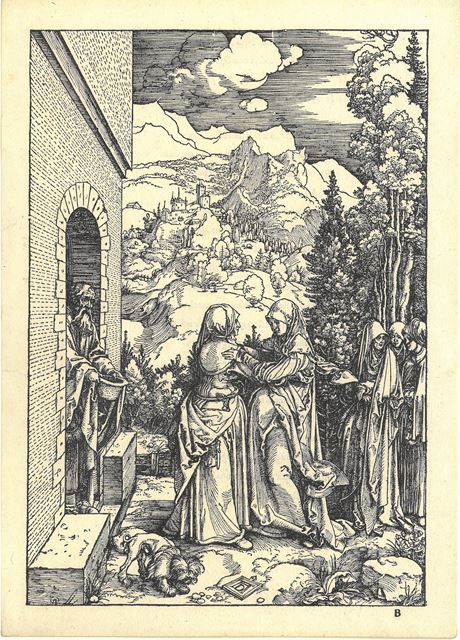 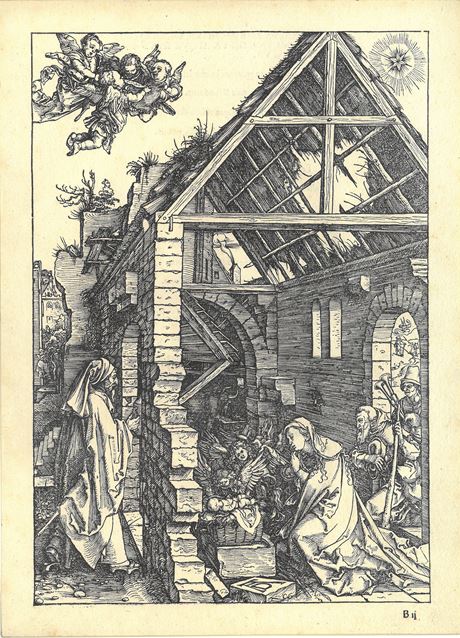 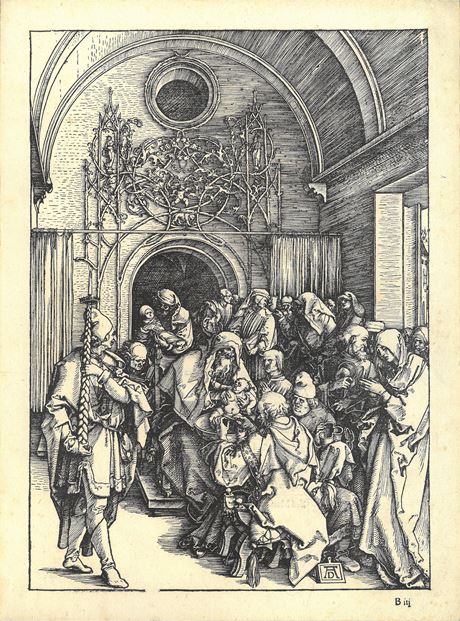 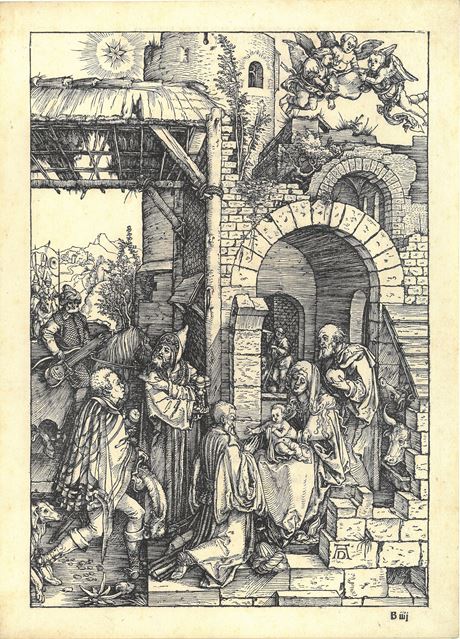 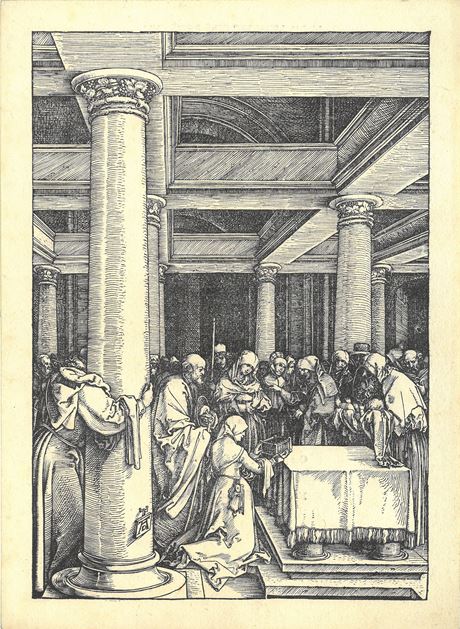 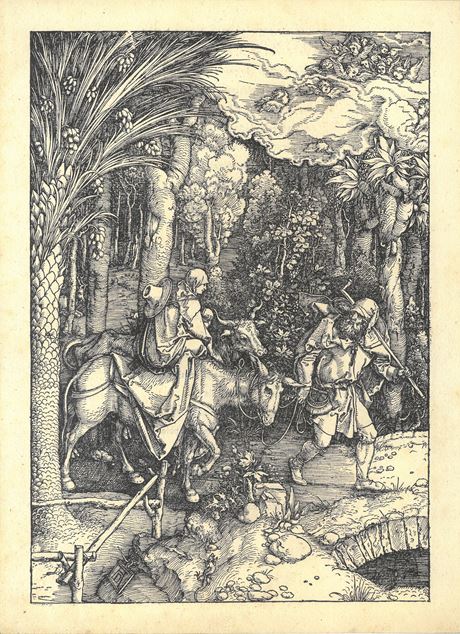 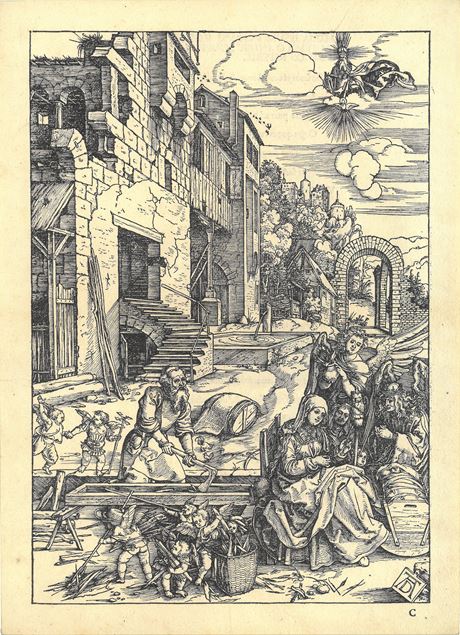 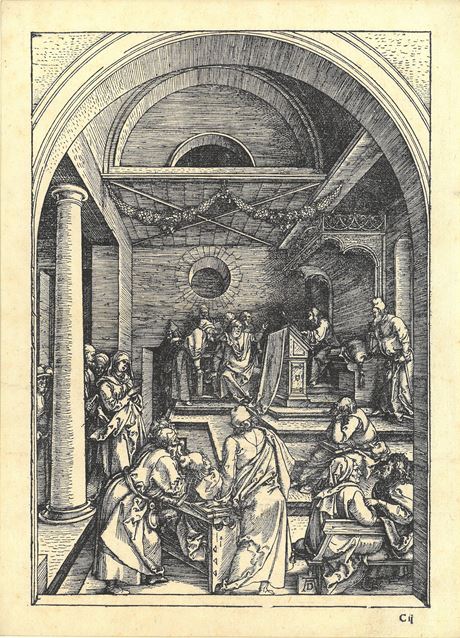 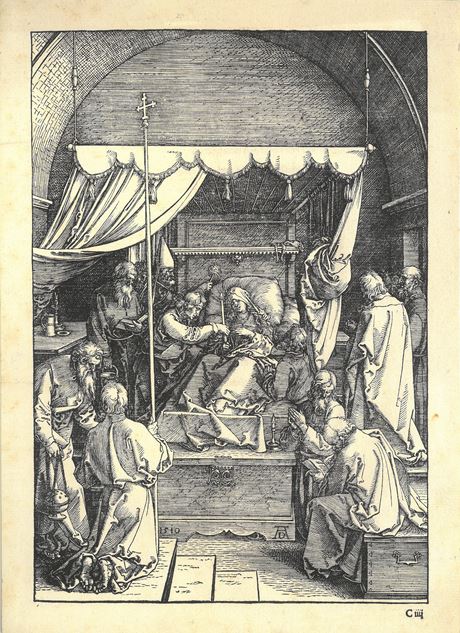 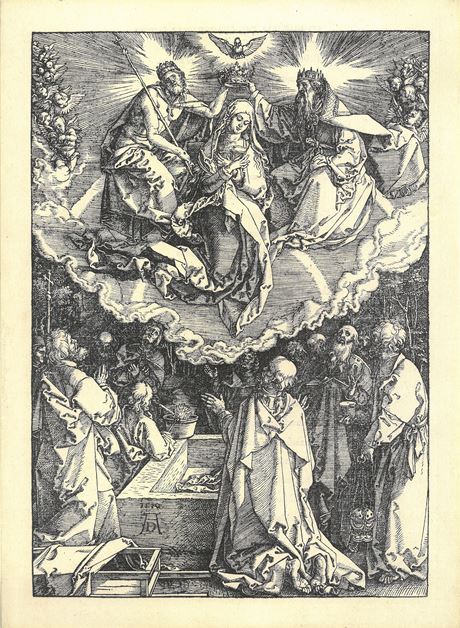 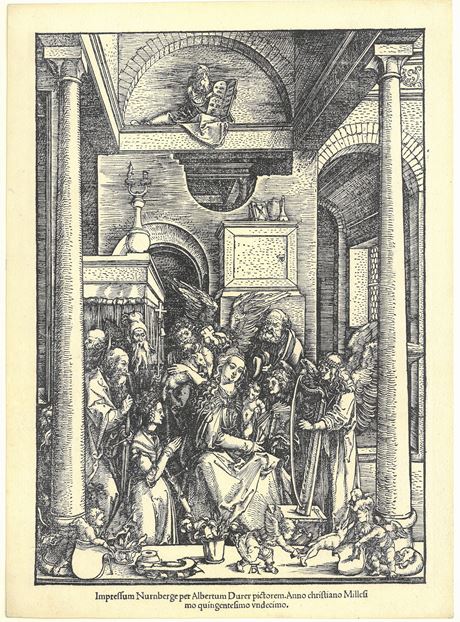